Last December, I was driving north on I-65 in heavy fog and snow. Apparently, I don't get out of town very often, because shortly after passing through Lafayette, I was startled at the sight of a huge windmill lumbering around like a 747 cartwheeling out of the sky. It is like 300 feet tall and each of the three blades on it are 125 feet long. Due to the fog and snow, visibility was greatly reduced, but my awe was compounded by the distant sillouettes of many more trailing off in the distance. There must be hundreds of them or more!
I had stumbled on a huge wind farm in northern Indiana and I decided I would have to make a point, in nicer weather, to come back up here and get a better look. Now, if you live in a part of the country where these things are common, forgive me for being so fascinated. Since last December was the first time I had seen anything like this up close, it all seems like science fiction to me and something new that must be documented. I decided the ultimate would be to photograph them in the twilight as the sun is rising. Since I hate the cold, that meant waiting until May. Last week, my son Isaiah and I made the pilgrimage up north. 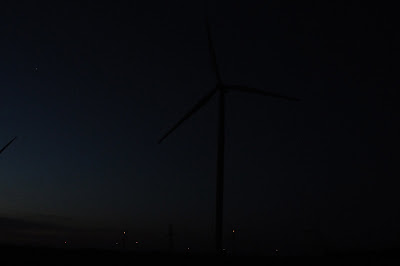 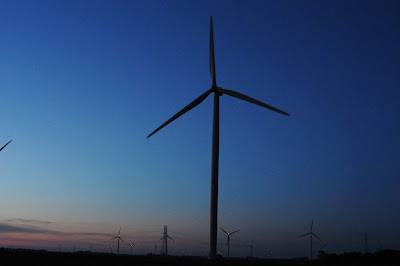 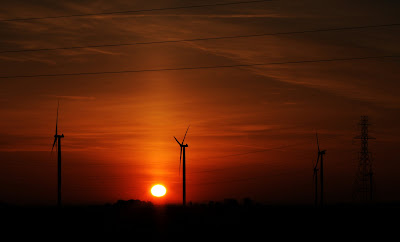 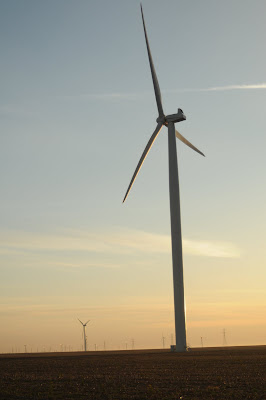 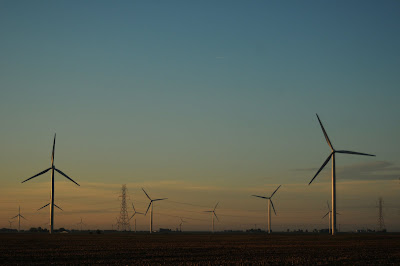 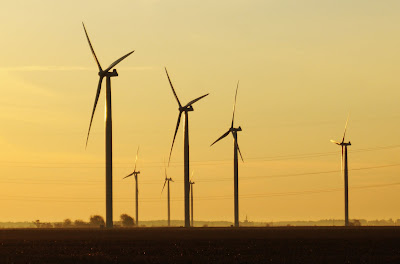 Posted by Bill Anderson at 5:57 PM No comments: